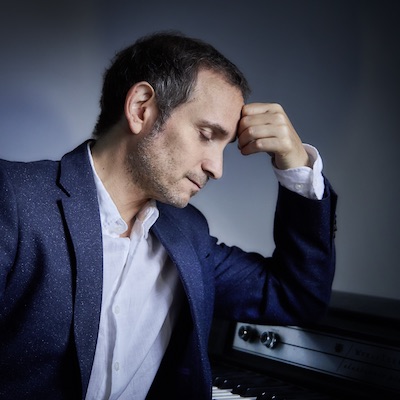 Michael Hunter Ochs has quietly established himself as one of the most versatile songwriters in America today. His song “In Her Eyes” was recorded by international superstar Josh Groban. The soul-filled “On My Knees” was awarded Song Of The Year honors from both the Gospel Music Association (Dove Award) and the Nashville Songwriters Association International, and spent 14 weeks at #1. Michael’s music has been attached to numerous feature films and TV shows including Downsizing (Matt Damon), My Super Ex-Girlfriend (Uma Thurman), The Terminal (Steven Spielberg), and The Simpsons. His songs have appeared on albums with world wide sales in excess of 20 million units. His songs have been recorded by international entertainers including, Helene Fischer (the number-one selling artist in Germany), Cheat Codes, Nico Santos, Natalie Grant, Cece Winans, and more. He is published by Kobalt Music Group.

In addition to his success in the world of pop music, Michael is universally recognized as one of the most respected and adored creators of contemporary Jewish music. He has served as Composer In Residence at Congregation Micah in Nashville, TN since 2000 and East End Temple in New York City since 2017. Many of his compositions have become essential threads in the fabric of the Reform Jewish movement. Every Friday evening congregations around the world rejoice, reflect, and draw closer singing his songs.

In 2016, Michael was commissioned by New York’s 92nd Street Y to compose an original Rosh Hashanah song, “A New Year.” The song was performed by communities around the world and has amassed over 10 million views on Facebook and YouTube — unprecedented in Jewish music.

This composing talent – along with Michael’s commitment to bringing people together in hope and understanding through song – has found him performing for members of the Nobel Committee, The Congressional Prayer Breakfast, the URJ Biennial, and The Jewish Museum of Berlin – to participate at the 70th Commemoration of Kristallnacht.