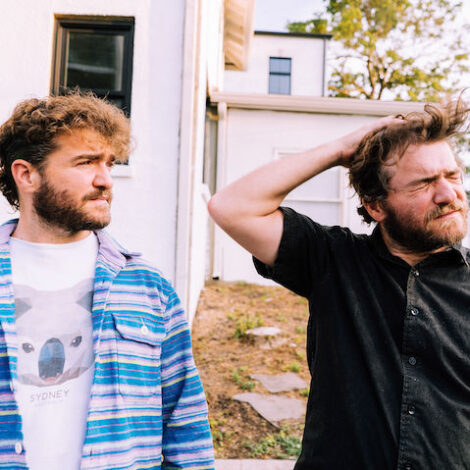 Adam and David Moss began earning Everly Brothers comparisons long before they officially joined their voices together as folk duo The Brother Brothers. But not even the late Phil and Don Everly, one of the greatest DNA-sharing duos in modern music history, could claim the kind of vocal symmetry Adam and David create. Harmonies just don’t get any closer than those sung by siblings who came from the same egg.

The twins, raised in Peoria, Illinois, weren’t much older than toddlers when they started singing along to the Everlys, the Beach Boys and other artists their dad played for them. Lulled to sleep nightly by The Beatles’ “White Album,” they made up their own harmonies to accompany Paul McCartney’s vocal on “I Will” when they were 6.

That song was one of the first they chose for their third Compass Records release, “Cover to Cover,” on which they pay homage to formative influences and favorite songwriters with a mix of beloved classics and songs they want more people to hear — each filtered through the brothers’ unique musical mix of folk, bluegrass, jazz and other idioms.

Adam and David hold music degrees from the University of Illinois Urbana-Champaign. Their formal music education began when they entered an arts magnet school, where they started studying piano and violin in second grade.

David plays cello and guitar; Adam plays violin/fiddle, keyboards and banjo. The Brother Brothers have toured with Lake Street Dive and Sarah Jarosz, as well as Keb’ Mo’, Shakey Graves, Big Thief and others. But in several cases, their collaborations grew from friendships first. They’ve made many while following each other to Austin, Boston and New York.

For six of his ten years in the Big Apple, David shared a house with Lake Street Dive bassist Bridget Kearney. That’s where they also figured out they should quit “orbiting around each other” and actually come together as a musical unit. After releasing their first EP in 2017, they signed with Compass. Both their 2018 debut album, Some People I Know, and 2021 follow-up, Calla Lily, earned wide praise.

Music by The Brother Brothers