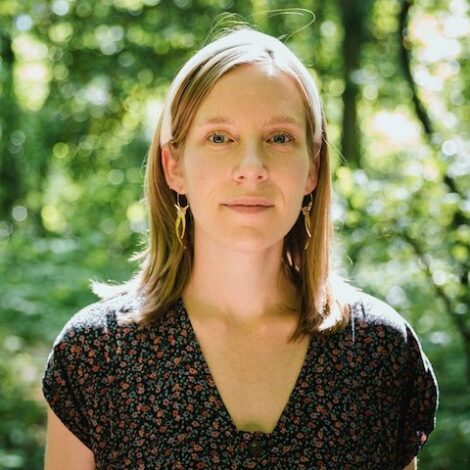 Rabbi Ariel Root Wolpe is a mother, musician, and spiritual educator. She currently resides in Atlanta, GA, where she founded and directs Ma’alot, a growing community of artsy, outdoorsy Jewish folk in Atlanta.

Ariel studied religion and music as an undergraduate at Emory University and co-founded an interfaith cafe for college students to perform and share religious art. Her senior year of college she created the inter-religious CD Spirit Sounds, which features musicians from six religions and centers around coexistence, struggles of faith, and the spiritual force of music.

After college, Ariel moved to the San Francisco Bay Area where she worked as a Moishe House resident and volunteered at Wilderness Torah festivals, leading music and ritual that focused on Judaism’s ancient connection with nature. Ariel played in a band where she met her husband, Jon Mitchell, who collaborated with her to record her second album, My Teachers.

In 2015, Ariel moved to Los Angeles to begin rabbinical school at Ziegler School of Rabbinic Studies, where she focused on Hasidic commentaries and feminist interpretations of Jewish history and ritual. While in school, Ariel worked as a spiritual counselor at Beit T’shuvah, a residential addiction treatment center, and performed her original music with her band, Sisters and Misters. During her third year of rabbinical school in Jerusalem, Ariel led monthly Friday night services with Nava Tehila’s ensemble. In her final year, Ariel was awarded the Whizin prize for her essay exploring Jewish sexual ethics. For two summers, she served as Beit Midrash Educator and Artist in Residence at Brandeis Collegiate Institute, where she ran workshops and communal song.

After ordination, Ariel moved to Philadelphia to study Jewish music as a resident through Hadar’s Rising Song Institute and serve as Rabbi Artist in Residence at Adath Israel on the Main Line. In 2021, she released her third album, Ruach Neshama, through Rising Song Records.