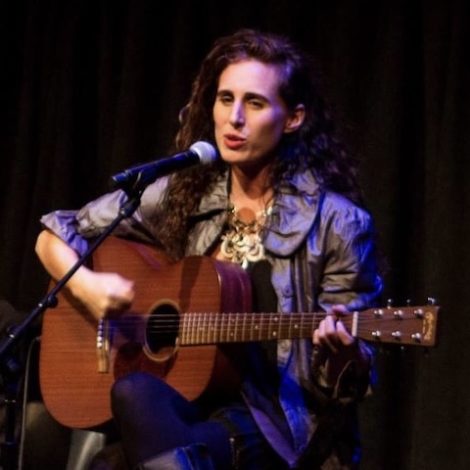 Jewish music innovator Basya Schechter is a singer-songwriter multi-instumentalist, composer, producer, musical director and cantor. She is the lead singer and founder of the pan-Mediterranean Psychedelic band Pharaoh’s Daughter, which has released five albums on Knitting Factory, Tzadik and Magenta labels. She has also released two solo albums, an oud, Persian Santur percussion project called “Queen’s Dominion..” and a cycle of songs set to the Yiddish poet and philosopher Abraham Joshua Heschel called “Songs of Wonder.” She has also been in three collaboration projects: one with Mycale, a vocal quartet performing choral innovations by John Zorn; Darshan, with hip hop artist Epryhme; and most recently with Daniel Ori, with whom she has crafted “Songs to Live By,” musical meditative mantras set to inspiring quotes by the likes of Rumi, Adrienne Rich, Emma Lazarus, Tich Nhat Hanh and others.

Basya’s music blends concepts from Jewish music with a variety of indigenous styles and sounds from Eastern Europe, the Middle East, and Africa among others. Her first musical innovation evolved after re-tuning her guitar to sound like a cross between an Arabic oud and Turkish saz, in harmonic minor melodies and odd time signatures. But it was music already grounded in rhythmic Hasidic music grooves born from the clanging on gefilte fish jars and spoons on Kiddush cups growing up Orthodox in Borough Park. The desire to create something was additionally sparked by her leaving the fold for many hitchhiking journeys across the middle east, Africa, Eastern Europe and South America, and then enhancing those sounds together with some of the best downtown musicians in NYC from around the world to bring their own brand of Jazz and world music influence. Together, they have traveled continents, key signatures and languages with genre-bending neo-Hasidic chant sound, mixing East and West, old and new, Ashkenazi and Sephardic, enlivened by flutes, strings and electronica.
The band has toured extensively through America, Eastern and Western Europe as well as Greece and UK. They have played at Central Park’s SummerStage, as well as Lincoln Center’s Damrosch Park, Lincoln Center’s Atrium, City Winery, Joe’s Pub, and Le Poisson Rouge.

Basya has received numerous compositional and project grants including NYSCA, American Composers Forum, Sparkplug Foundation, Ashir and American Music Center. Over the last eight years, has served as a cantor and musical director for NYC’s Upper West Side’s Romemu congregation, as well as its satellite community in Brooklyn. In the summer she teams up with rabbi/academic/Appalacian Banjo player Shaul Magid in Fire Island, where they have created a new genre called “Kabbalachia.”

In an effort to lightly name drop, in 2015, Basya, Suzanne Vega, and Roma Baran famously provided vocal support at a Passover seder hosted by iconic avant garde musician Laurie Anderson. She also played for Leonard Cohen in Montreal. In 2021, she added some vocals to film and sound collaborators Ken Jacobs and Nisi Jacobs’ piece “There’s a Blueberry in my Pocket,” which premiered August 5 at MOMA.