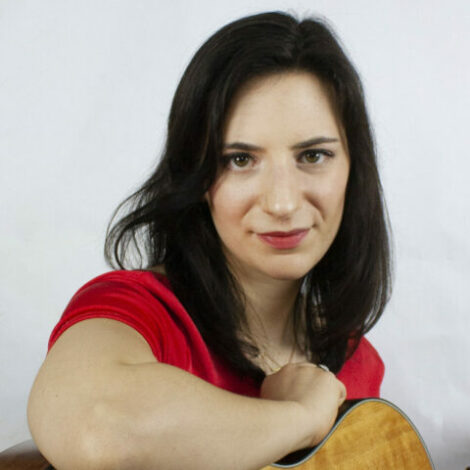 Beth Reinstein is a Cantorial Student with a mission to craft community through music. Born and raised in Ann Arbor, Michigan, Beth’s first introduction to music came through joining Temple Beth Emeth’s youth choir. It was there where she discovered and experienced how music can bring a community together. Through Temple Beth Emeth’s music program, Beth fostered a love and passion for music that blossomed into her life’s work.

In 2013, Beth received a degree in jazz and contemporary voice at the Chicago College of Performing Arts at Roosevelt University. While in college, Beth created a secular music project titled “Elle Casazza” that was active from 2012-2020. Performing as Elle, Beth and her band performed all over Chicagoland and toured nationally. The band recorded and released three albums together, and in 2015, they were named “8 Young Chicago Artists Making a Dent in Music” in Paste Magazine.

As of 2022, Beth is currently a third year student at Hebrew Union College – Jewish Institute of Religion in New York City and serves as the Student Cantor at Central Synagogue.