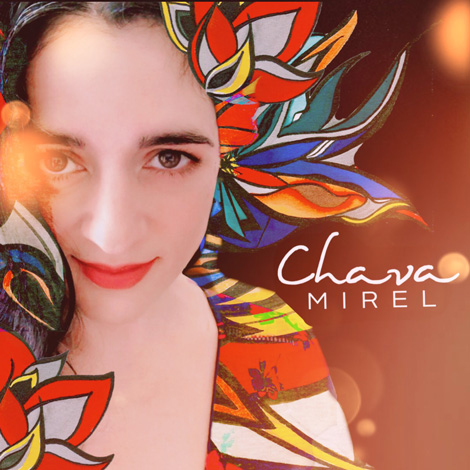 Seattle-based Chava Mirel is a nationally touring singer, guitarist, composer, prayer leader and recording artist. Performing in a multitude of genres, She bridges communities with her universal approach to spirituality through song. A highly sought-after vocal recording artist, Chava is known for her rich, luxurious vocals, lush harmonies and rhythmic phrasing. From electrifying concerts to engaging educational sessions to transcendent prayer experiences, she connects with communities with an inclusive message of love and compassion.

Chava exhibits ease and fluency in an astonishing array of musical styles. She has toured and recorded with a spectrum of artists including Reggie Watts and punk icon Ari Up. Chava is also a celebrated jazz and world music artist. She is a featured vocalist for global jazz fusion band Duende Libre, whose last album “Drift” was the recipient of the Golden Ear award for Best Recording in the Northwest. Chava also plays keyboards with the legendary Reggae artist Clinton Fearon (the Gladiators).

An award-winning Jewish music composer, Chava provides outstanding artist-in-residence services at congregations from coast to coast. She has sung with luminaries Dan Nichols and Julie Silver on the Plenary Stage at recent URJ Biennial conventions, and her compositions have been included in compilations and songbooks throughout the Jewish world. She is a recent alumnus of Hadar Institute’s Rising Song Fellowship, and her voice has been featured in multiple recordings that have gained popularity across denominations.

Chava recently released her 3rd full length album, “Into The Light”, a dreamy, heart-wrenching and deeply personal reinterpretation of the Great American Songbook. Her first single, a cover of Alice-In-Chains’ “Would?” has received critical acclaim and international radio play.

In between touring synagogues across the country and singing in jazz clubs, Chava enjoys nature in the beautiful Pacific Northwest with her husband and son.