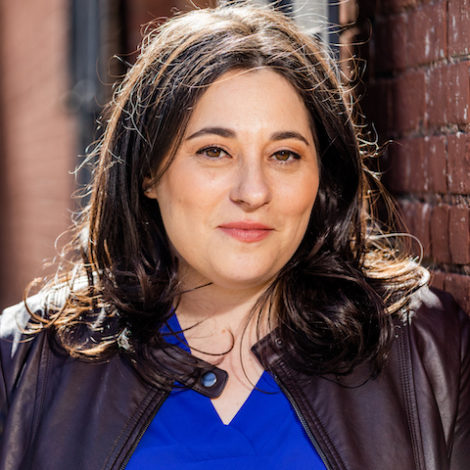 Elana Arian is one of the leading voices in contemporary Jewish music. A composer, multi-instrumentalist, prayer leader, and recording artist, Elana inspires communities across the country with her soulful songwriting and spirit. Elana’s work has been included in many Transcontinental Music publications, including both the popular Ruach and Shabbat Anthology series, and her compositions are sung in synagogues, summer camps, and spiritual communities from London to Cape Town, from Australia to New Orleans, and everywhere in between. Elana has released four albums of original music, including the recently released The Other Side of Fear. Elana has served on the faculty of both Hava Nashira in Oconomowoc, WI and Shirei Chagiga in London. In addition to touring nationally as an Artist in Residence in communities across the country, Elana is proud to teach at and the Hebrew Union College – Jewish Institute of Religion in New York, working as an Adjunct Instructor and Teaching Artist in the Debbie Friedman School of Sacred Music. She has performed at Carnegie Hall, Lincoln Center, Tanglewood, and perhaps most memorably, five separate appearances at the (Obama) White House.

Raised on equal parts Mozart, Mingus, and Mitchell, Elana studied conducting and violin, jazz guitar, and songwriting as an undergraduate at Yale. She has appeared on NPR’s Soundcheck, as well as on PBS’ Finding Your Roots. A sought-after studio musician, Elana also maintains a busy recording schedule, working with such varied artists as Peter Yarrow, the Dirty Projectors, and Catie Curtis. She held the guitar chair in the smash revival of Sweet Charity starring Tony award-winner, Sutton Foster, as well as in Kristin Chenoweth’s Broadway concert tour, For the Girls.

When not performing, recording, or writing, Elana spends her time chasing her daughters, Maya and Acadia, with her wife, Julia.