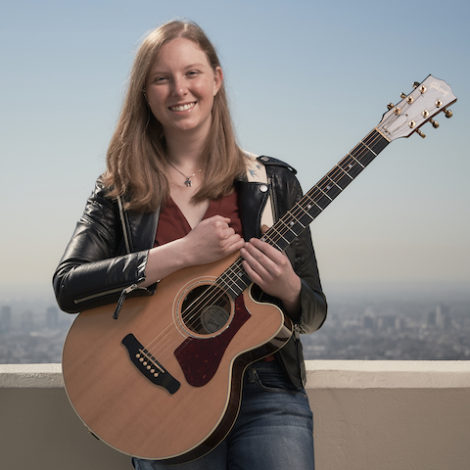 Nashville based singer/songwriter Emily Groff burst onto the national Jewish music scene in 2021 with her energetic EP, “Breathe.” Groff teamed up with Los Angeles Based Production Company/Label, Kosher Style Records in Los Angeles to record this stunning 5 song album. Featuring an all-female rock ensemble, (Devon Eisenbarger, guitarist for Katy Perry; Genna Projansky, bassist for Sam Tsui; Marian Lapino, drummer for Donna Missal) the album showcases Emily’s sweet yet sophisticated vocals and thoughtful lyricism, and demonstrates her diverse musical influences that include Michelle Branch-esque pop/rock, New Orleans funk, and, of course, a hint of Nashville country. The single/title track, “Breathe” is inspired by Emily’s personal struggles dealing with performance anxiety, which she hopes will resonate with other millennials. The four other tracks feature her unique reinterpretations of Jewish Liturgy, which are sure to appeal to Jewish music fans of all ages.

Her experiences growing up in Jewish youth movements and as a saxophonist in school bands have fostered not just a love of music, but a passion for music education and music’s role in creating community. Through her teaching, songleading, and songwriting, Emily works to lessen music’s accessibility gap and allow everyone the chance to participate in music as listeners, creators, and performers. During her time as a camp songleader, Emily worked to integrate traditional camp music with her campers’ own musical abilities, incorporating their brass, woodwind, and percussion playing into musical experiences and performances. Through this, she worked to connect their musical talents and the instruments they play daily with the world of Jewish music. As a songwriter, Emily writes both Jewish and secular music, and has written camp songs for URJ Camp Coleman, URJ Six Points Sports Academy, and Gordon JCC Camp Davis. Emily currently lives in Nashville with her fiancé, Nick, and their energetic dog, Artoo, where she is a music teacher with Metro Nashville Public Schools.