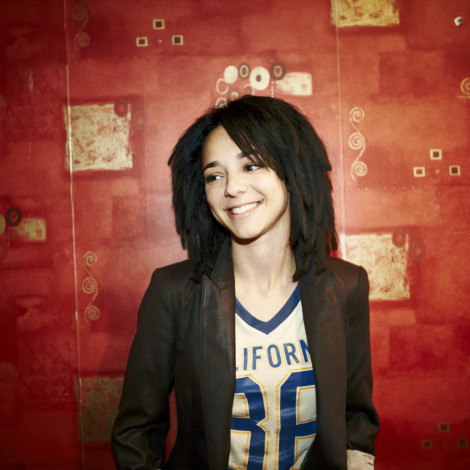 At just 5’1, it’s hard to believe that such a powerful voice could come out of Brooklyn based singer/songwriter, Michelle Citrin. There is a reason why Time.com recently listed Michelle in their Top Ten list of Jewish rock stars and the Jerusalem Post call Michelle “The Jewish IT girl”.

Michelle is best known as a pioneer of celebrating Jewish culture on YouTube with viral videos including “20 Things to do with Matzah”, “Rosh Hashanah Girl” and “Hanukkah Lovin”. In total, these videos have received millions of hits from around the world and has led to the press referring to Michelle as, “A YouTube Sensation”.

Inspired by Rav Kook’s ,“What is old make new, what is new make holy” Michelle sets out to find connection points to our tradition’s wisdom and culture in an easily accessible way. Currently, Michelle is traveling the world with her Artist in Residence program, “Eat. Pray. Sing”- a spiritually uplifting and soul nourishing Shabbat experience that weaves together the three tribal components that have united us for thousands of years food, prayer and song.

Michelle delivers insightful lyrics with her soulful voice, bringing an angelic quality to the service and offering a unique opportunity to engage with liturgical texts in a thoughtful and holistic manner.

Whether playing in front of a sold-out crowd of thousands on the beach of Tel Aviv at a Birthright Mega Event, or an intimate set at a coffeehouse in Melbourne, Australia, Michelle Citrin’s soulful voice, skillful guitar playing, humorous in- between-song banter and unpretentious demeanor has captured the eyes and ears of her audience all over the world. Arlene McKanic of the Greenwich Village Gazette says, “the audience is left with the feeling that they’re in the presence of someone who’s doing exactly what she’s meant to do.”

Michelle Citrin is living proof that size…really doesn’t matter! Furthermore, offering the world an example of a wonderfully positive Jewish female role model dedicated to creating a soundtrack to our lives.