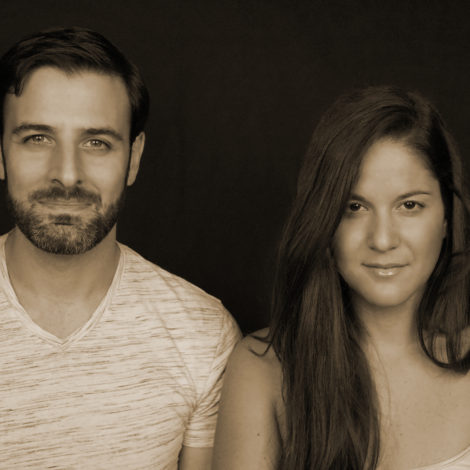 Hadar and Sheldon is the brand new crossover collaboration of husband and wife duo Sheldon Low and Hadar Orshalimy. Since entering the studio in the Spring of 2018 to record their first three singles, the duo has already begun touring the country together and their tune “Body Is A Temple” was featured on the Ruach 5779 compilation album.

Growing up, Hadar was a popular performer in Israel, with appearances on Israeli TV, such as Kochav Nolad (Israeli Idol), and at major national and municipal events. Upon completing her mandatory Army service in the IDF as a nuclear, biological, and chemical warfare defense trainer, Hadar enrolled in the Rimon School of Jazz and Contemporary Music in Israel, studying with some of Israel’s most reknowned contemporary musicians. She then transferred to Berklee College of Music in Boston, where she studied professional music and voice and graduated with honors.

Sheldon Low continues to establish himself as a prominent voice in contemporary Jewish music, with 5 albums to his name and more as the highly acclaimed duo “Hadar and Sheldon.” A self-proclaimed road warrior, Low performs in over 100 concerts, services, and workshops around North America each year. In addition to becoming a mainstay of congregational life, Sheldon’s music has become the soundtrack of the lives of hundreds of thousands of children around the globe, thanks in part to PJ Library distributing two of his children’s albums and featuring him on countless other compilation albums. Sheldon is also widely known for creating and hosting the innovative Jewish Songwriter podcast.

The duo were married in Jaffa, Israel in 2015 and live together in Harlem, New York.

Music by Hadar and Sheldon