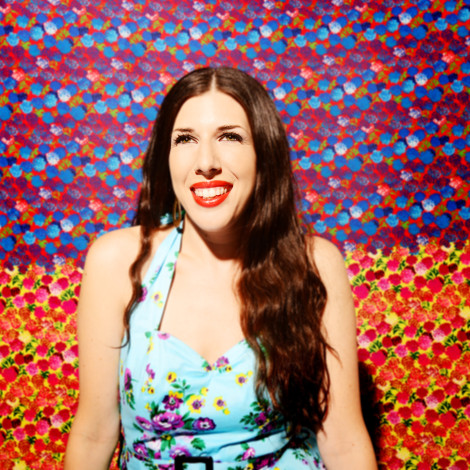 Joanie Leeds and her band (The Nightlights) perform all over the country! We love spreading our music to venues big and small (Lincoln Center, Kennedy Center, Smithsonian, CMAs, Hang Out Festival, Bronx Zoo, Skirball Center, plus tons of Synagogues, camps and schools) For her original music, Joanie has won first place in the USA Songwriting Competition, an Independent Music Award, a Gold Parents’ Choice Award, NAPPA Gold Award and she has been a John Lennon Songwriting Award Finalist and an International Songwriting Competition Finalist. While she is heard serenading families in her hometown NYC, she has played concerts in dozens of cities across the country and had been written up in People Magazine, Parents Magazine, New York Times and Washington Post. She is currently touring around the country playing for thousands of families in honor of her 7th children’s CD, ‘Meshugana’. Joanie’s tunes are played on many radio stations nationwide and have climbed up the chart to #1 on Sirius-XM’s Kids Place Live and WXPN’s Kids Corner. Joanie is also a PJ Library musician!
For more information, please visit www.joanieleeds.com