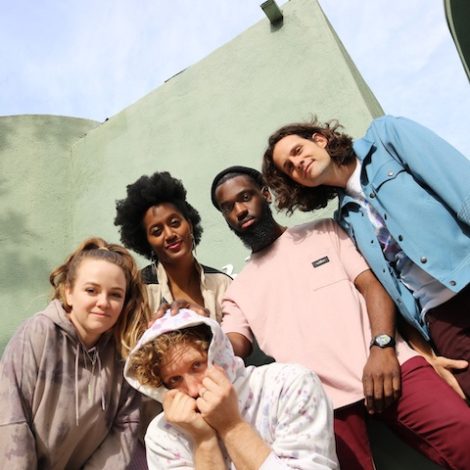 Hailing from all over the United States, the R&B-inspired band Mantragold met on a gig in Los Angeles. Realizing that they were already linked through multiple mutual friends they felt an instant connection and started to make music together outside of that initial gig. Quickly, it was clear that what they were creating was synergistic and special. They knew they needed to take it to the next level and form a band. With credits that include background vocal work for Miley Cyrus and Don Henley, Finalist on NBC’s The Voice, drumming for Bobby McFerrin, and music placements on major TV networks ABC, CMT, MTV and Showtime, the band’s members all have impressive resumes of their own. Together, their combined musical prowess and desire for a better world result in powerful songs that share themes of love, healing, and unity. Comprised of Ayo Awosika, Brock Pollock, Lily Elise, Jeremy Lawrence, and Joe Conner, the band draws inspiration from fellow meditative R&B purveyors like India.Arie and D’Angelo as well as Jewish liturgical text.