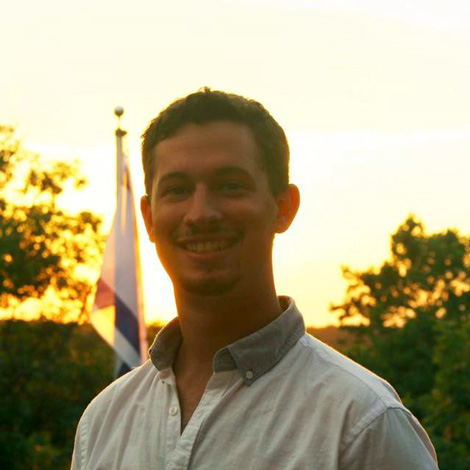 Nick May is a long time camp songleader and freelance synagogue musician from New Orleans. He released his first studio EP “This Beauty” in the summer of 2016 and is set to release his first full length album, “Be Heard” in summer 2017. Nick graduated from Louisiana State University in Interdisciplinary Studies with concentrations in Jewish Studies, Religious Studies, and Sociology. Nick serves as the Baton Rouge Federation of Temple Youth (BaRFTY) advisor and as Program Coordinator for Beth Shalom Synagogue, also in Baton Rouge.

Nick has been Songleader at URJ Henry S. Jacobs Camp in Utica, Mississippi for three summers and spent summer 2016 as Head Songleader at JCC Camp Sabra in Rocky Mount, Missouri. He has been travelling around the Deep South singing with different communities for Shabbat services, educational programs, as well as NFTY events for the past four years.

Music by Nick May

Nick May — Who Is Like You?
— Jewish Rock Radio