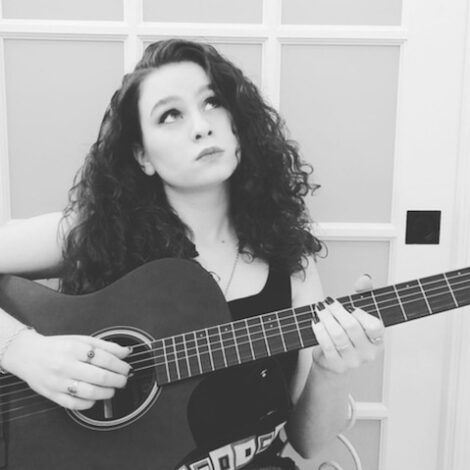 Nicole Firestone is passionate about uniting her loves of Judaism and Physics through music. Nicole aspires to create a space within the Jewish community that is accessible to those who are inspired by the intersection of spirituality and science.

In undergrad, Nicole studied Physics and Astrophysics at The Pennsylvania State University. She was a member of the University Choir, a member of the Oriana Singers Premier Women’s Choir, and the proud Music Director of None Of The Above A Cappella. At Penn State, Nicole was also a song and service leader for Hillel, where she developed a passion for ritual life, service crafting, and fostering inclusive and welcoming Jewish spaces.

Nicole aims to use her love of music as a healing force. She has spent many years of her life bringing comfort to Jewish adults with dementia through the power of traditional Jewish music and leading Shabbat services at local nursing homes.

Nicole was also featured during Season 3 of Jewish Rock Radio’s Jewish Star Talent Search, where she worked with her incredible and inspiring mentor Eliana Light through the Jewish Star Mentoring Program.

Currently, Nicole is pursuing her PhD in Astrophysics at Rutgers University and has dedicated herself to recording original Jewish music as well as new takes on traditional Jewish songs. Enriched by her experience with a cappella, Nicole’s music is distinguished by her use of vocal layering. Nicole’s music focuses on the themes of spirituality, science, community, and social justice.