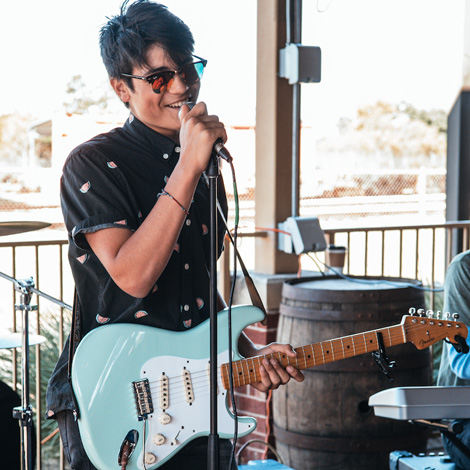 Noah Levine is a 16-year-old multi-instrumentalist and songwriter based out of Austin, Texas. He wrote, recorded, and released his first E.P. (Sounds From Within) in 2017, and then released his second E.P. (Feel) shortly after in 2018. Noah was also one of the winners of Jewish Rock Radio’s Jewish songwriting competition for his song entitled, Lo Yareiu. Noah is currently a songleader at Temple Beth Shalom in Austin, Texas.