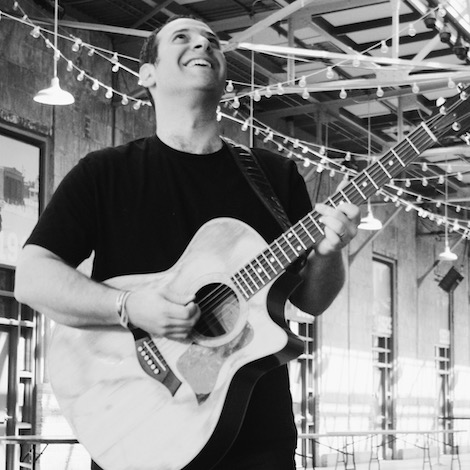 Rabbi Noam Katz is one of the most influential voices in contemporary Jewish music. He has brought his high-flying energy and soulful melodies to Jewish and interfaith audiences across North America, Africa and Israel. A longtime songleader/educator at URJ Eisner, George and Kutz Camps, Noam has performed at URJ Biennials, CAJE, BBYO International, Limmud England, NFTY Convention, and countless summer camps and congregations. He is a regular faculty member for the Foundation for Jewish Camp’s Cornerstone seminar, Hava Nashira, Shabbat Shira, and Shirei Chagigah.

Noam has released four albums of original Jewish music to date: Rakia (2001), Mirembe, Salaam v’Shalom (2005), A Drum In Hand (2009), and After The Flood (2017). In 2017, Transcontinental Music Press released a full anthology of Noam’s music, including sheet music and “behind-the-music” annotations for over 70 of Noam’s original compositions.

In 2003, Noam volunteered with the Abayudaya Jewish community in Uganda. He has since shared their music, history, and powerful message of peaceful coexistence with hundreds of communities worldwide.

In addition to his extensive touring, Noam currently serves as the Rabbi/Dean of Jewish Living at The Leo Baeck Day Schoo in Toronto, Ontario.