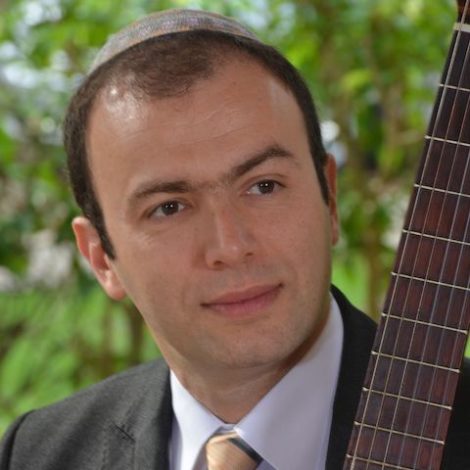 Norman Cohen Falah, or Cantor Norman as he is best known, currently serves Temple Sinai of North Dade as its full-time cantor.

Born in Buenos Aires, Argentina, Norman is the son of an Ashkenazi mother and a Sephardic father. Both these traditions bore a strong influence on his upbringing, inspiring him to pursue a lifelong celebration of the two cultures. In his early twenties, Norman ‘heard the call’ and decided to study Hazzanut at the Latin-American Rabbinical Seminary, from where he obtained his ordination as Cantor. He also studied guitar and piano at the Conservatorio Nacional de Música in Buenos Aires.

After many years serving as a cantor in Argentina, he moved to Europe, serving the Liberal Jewish Community in Amsterdam for three years and Belsize Square Synagogue in London for six years. Both synagogues having been founded by German refugees, in those years Cantor Norman specialized in the German Jewish musical tradition popularized mostly by composers such as Lewandowski and Sulzer.

Since his arrival to Miami in 2012, Cantor Norman has produced two CDs: Tefilatina! A celebration of Jewish music with a Latin twist, and his most recent album, In the blink of an eye, the first studio CD of Cantor Norman’s original music set for Jewish Prayers and English songs.

As a composer, Cantor Norman has been awarded a number of prestigious prizes. He has written many songs, among them several liturgical compositions, many of which have been adopted by congregations around the world for use in their services.

A versatile, soulful and energetic performer, Cantor Norman sings in seven languages, in a variety of styles and for all ages. His peculiar mix of Ashkenazi-Sephardic-Latin background allows him to create a unique spiritual experience at shul, as well as at weddings.
Besides liturgical music Cantor Norman specializes in Sephardic music and sings Tango, honoring his Sephardic and Argentine roots.

Norman is married to his wife Florencia and has three children: Ivan, Uriel and Talia.