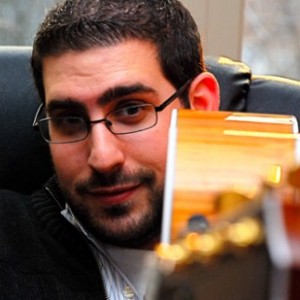 Ross has been a force on the Jewish music scene for the past few years playing for congregations, camps, and youth groups around the country. He has received accolades from congregations up and down the East coast for his original style of music, which combines a unique sound with witty lyrics that keeps audiences captivated and coming back for more. Ross has performed hundreds of shows, including performances at NFTY National Convention, URJ Regional Biennial Conventions, and CAJE Conferences. Ross was even crowned the winner of the Rising Star competition at CAJE 34 in Vermont. He has released two albums of original Jewish and has been featured on three separate URJ RUACH compilations. When asked about what kind of music he makes, he smiles and simply says, “Jewish music that cooks!”