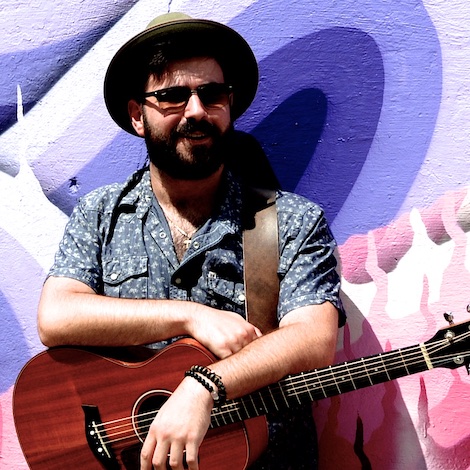 Currently based in Los Angeles, Sammy Rosenbaum is an award winning songwriter, musician, and community-builder. In between concerts, artist-in-residencies, writing, and recording, Sammy is a student at the Ziegler School of Rabbinic Studies. He describes his music as Jew-ish Inspired Indie Funk. Sammy has released two records entitled “We Are The Ones” and “Lift” — songs for lifting the soul into Shabbat. Sammy has performed and taught his music in over 50 communities around the world. He has performed at SXSW, Treefort Music Festival, The Atlanta Jewish Music Festival, The March of the Living in Poland and more. Sammy has shared the stage with Peter Yarrow, David Broza, and Matisyahu. In 2012 he filmed a documentary se- ries called “Rock Shabbat” which interviewed 85 Jewish musicians from around the country and explored the current state of American Jewish music.

Before moving to Los Angeles to start school, Sammy lived in Atlanta, GA. While there, Sammy found his passion in music as a way to build Jewish community. He co-founded The Well, a musical Shabbat community comprised of over 400 active young professionals. Sammy composed original music for The Well and helped to curate a community built around prayer and meaning. Sammy helped to start, and was a resident in, Moishe House-Virginia Highlands, where he continued his work to build strong Jewish community for Atlanta’s young adult Jewish population. Sammy sat on the board of the Atlanta Jewish Music Festival for three years and helped to bring fresh and inspiring Jewish musical performances to the Atlanta area.

Sammy currently is working on his third record. It is an exploration of obscure Jewish text through song. His studies in school and learning with incredible teachers greatly influences his music. He hopes to continue to bring his music to people with the goal of deepening spiritual and communal connection.