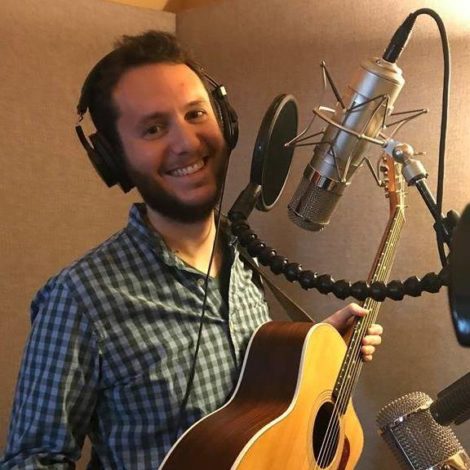 Steven Chaitman is a Jewish song and prayer leader who has worked to bring inspiring, mindful and joyful singing to Chicago’s Jewish community for over 10 years. Working in a myriad of Jewish settings and with people of all ages, Steven is driven by his passion for Jewish music and its ability to help people connect more with their spiritual identities, to each other, and to the Divine.

As Music Fellow at Mishkan Chicago, Steven serves to amplify prayer experiences with dynamic, heart-opening music, and strives to build community through song by offering opportunities to those whose yearn to bring more harmony into their lives. For the past four years, Steven has infused greater intention, diversity and new energy to the Kahal service at Beth Emet: The Free Synagogue in Evanston, IL, a minyan started by Cantor Jeff Klepper. He has held countless roles in the Jewish music world, including early childhood music educator for JCC Chicago, religious school music teacher at Congregation Beth Am in Buffalo Grove, IL, and camp songleader at Olin Sang Ruby Union Institute. All told, he has worked with more than 20 Chicago synagogues and Jewish organizations. In that time, he has honed his craft as a singer-songwriter, releasing his first studio collection of original Jewish music, “Awake, Arise & Sing,” in 2019 and sharing inspiring melodies designed to reflect Jewish texts in powerful new ways.

In July 2019, he doubled down on his commitment to Jewish music by becoming the Director of Marketing for Jewish World Productions. Alongside nationally acclaimed Jewish recording artist and Jewish music and leadership pioneer Rick Recht, Steven works daily to advance the mission of Jewish Rock Radio and Songleader Boot Camp — to create meaningful, life-changing Jewish engagement for teens and young adults through the elevation of Jewish music.