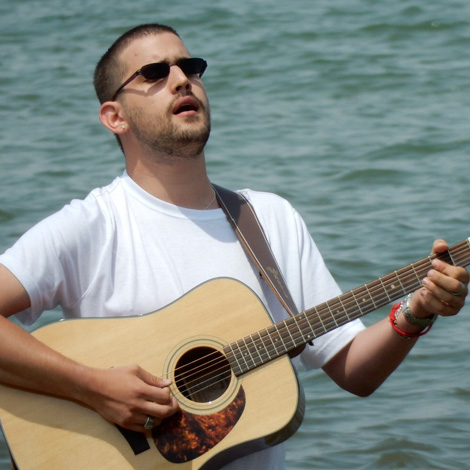 As a member of the bright new generation of Jewish musical artists, The Joshua C. Cohen (tJCC) has been playing and writing Jewish music since 2003. Currently, tJCC is the Music Educator at Ohabei Shalom in Brookline MA, singing with preschoolers, teens and families!

Joshua is also a songleader for BBYO, having previously worked at the Leadership Summer Camp in Wisconsin and he continues to songlead at regional conventions across the country. He has also performed on the Jewish Rock Radio stage at the Union for Reform Judaism Biennial Convention in 2015. Before moving to Boston to attend Berklee College of Music, tJCC served as a Cantorial Soloist and Music Director for the Junior Choir and Religious School at Temple Beth Torah in Fremont, CA