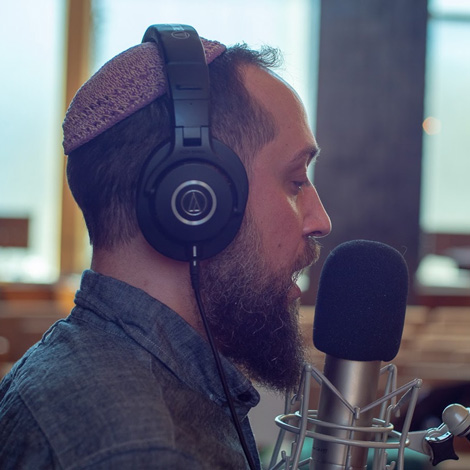 Rabbi Yosef Goldman is a musician, ritual artist, and educator. He is the Co-Director of the Rising Song Institute.

Raised in a mixed Orthodox Ashkenazi and Mizrahi home, Yosef has taught and led prayer in communities of every Jewish movement. He has served as a ba’al tefillah (prayer facilitator) for some of the most spiritually vibrant and creative Jewish prayer communities in the United States and Israel. For over a decade, as a consultant, Yosef has advised synagogues and prayer communities seeking to deepen the communal spiritual experience through musical prayer.

Yosef’s original Jewish music is sung at synagogues, schools, and camps across the country. As a sought-after vocalist, Yosef performs and records with a wide range of Jewish artists. He is a longtime featured vocalist in the Hadar Ensemble and a founding member of the Middle Eastern Jewish music ensemble the Epichorus. Along with trombonist Dan Blacksberg, Yosef was selected by the Kimmel Center for the Performing Arts for its 2018–19 Jazz Residency.

Yosef received rabbinic ordination from the Jewish Theological Seminary in 2013, with a concentration in pastoral care and counseling, and was also awarded a Master of Sacred Music. In his passion for spiritual growth and community, Yosef has served as a hospital chaplain and as a congregational rabbi and music director. He serves servers as Co-Director of Hadar’s Rising Song Institute, an organization devoted to cultivating Jewish community through music.

His first album of original Jewish devotional World Music, Open My Heart, is out now on Rising Song Records.