Hey JRR! I’m JRR DJ Lee Epstein, a professional host for tv/video and live events. I love being in front of people and facilitating joyful moments with them! I particularly love combining entertainment and education in all my work. Music has been central to forming and maintaining my strong Jewish identity since I was a young child, growing up in the not-very-Jewish New York suburb of Greenwich, Connecticut. I went to participatory sing-along Friday evening Shabbat services and then learned how to lead the entire Shabbat morning tefillah/davening/service for my bar mitzvah. That’s when I really got hooked. In addition to my work as a host and performer, I’ve worked a lot in Jewish educational settings like schools and camps, with all ages from infants through adults. So JRR is a perfect combination of all of the things about which I’m passionate, both professionally and personally. 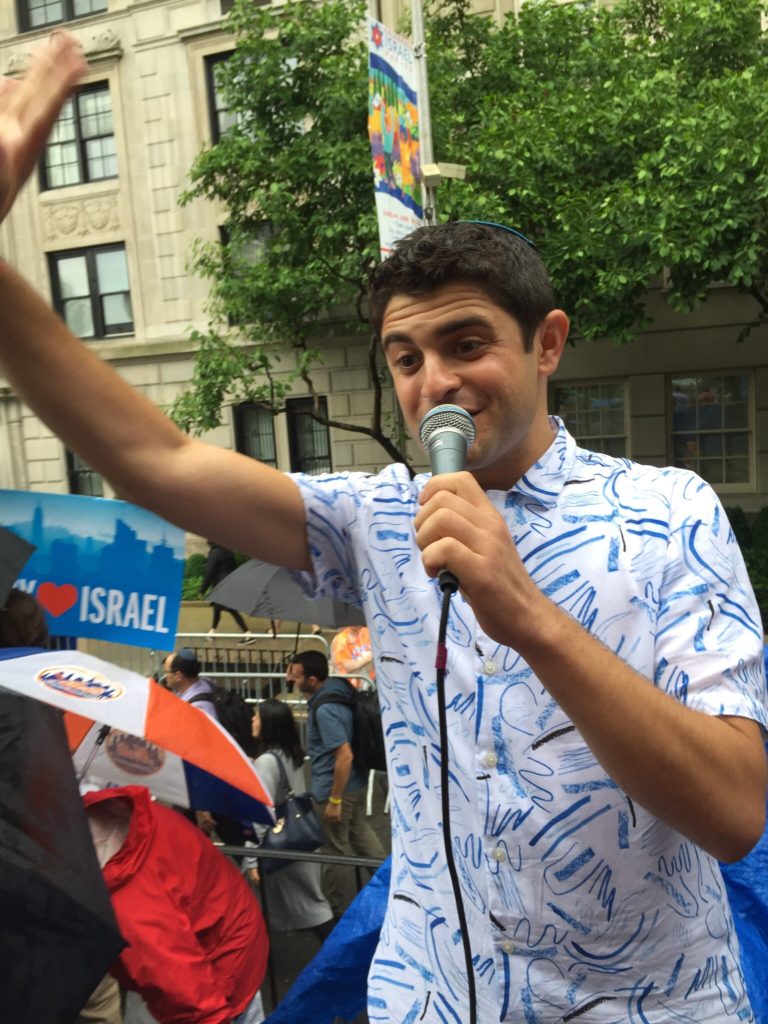 In addition to my on-air broadcast work for Jewish Rock Radio, I also love to host live JRR events. Most recently, I represented JRR at the Celebrate Israel Parade, a huge New York City event that attracts thousands of people. The Celebrate Israel Parade is a really space event; there’s so much diversity in the Jewish world represented there, something that you don’t often see at other Jewish events. My role was to create positive joyful energy both on our float filled with UJA-Federation staff and their families, as well as amongst the spectators. 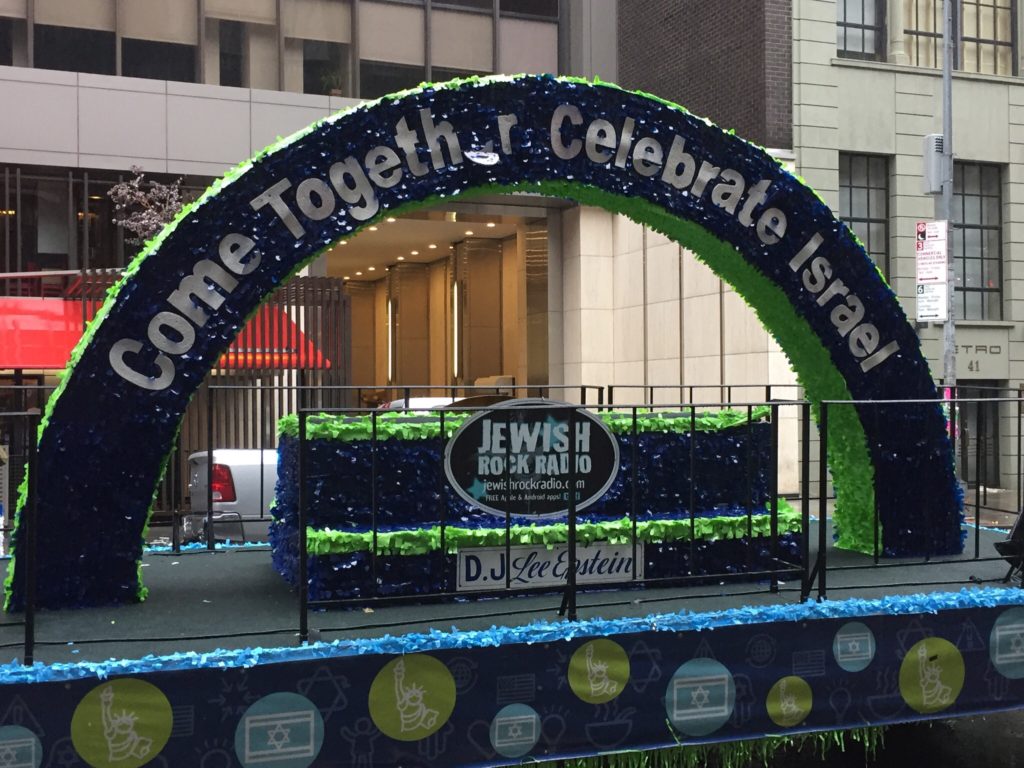 It was a really rainy day – I’m talking torrential downpours minutes before we got on the float! Everything and everyone was completely soaked. I was almost nervous to take out my laptop, which is an essential DJ tool. Luckily, just when the parade was about to start, the rain stopped except for a little mist in the air, and we hid the laptop under a tarp, where it remained dry for the remainder of the parade. Even though the weather was less than ideal, there were still tons of Israel supporters lining the city streets. JRR’s music (and hopefully my MC’ing!) helped keep the energy high and positive. We were all excited to celebrate Israel – a little geshem (rain) couldn’t keep us down. I couldn’t help but sing Rick Recht and Sheldon Low’s song Geshem over and over in my head!

Besides the music provided by JRR, there were also some awesome musical acts at the Parade! The Maccabeats were right behind us on another float, and we passed by Soul Farm. Another float had Milk n Honeys. It was so cool to see all that musical talent, coming together to Celebrate Israel!